Hobbies: What other Hobbies do you have?

Top Posters In This Topic

Got a surprise for my garden today.  One of my sister's friends dropped off two lemongrass plants.  She grows them as an ornamental plant in flower beds?  Whuddever; I have lemongrass now.  And my 'Ci 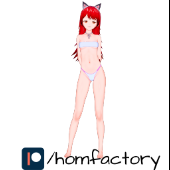 I've been collecting anime figures and stuff. I always wanted to have a room full of anime collectibles and I'm starting to fulfill it little by little ^^_

Finished up a giant pile of Star Wars minis this past week. 12-year old me was very excited  about this job!