Continuing with my ret-con of New Vegas lore for Vault 21, these are the ‘Administrators' I referenced in the initial blog post. 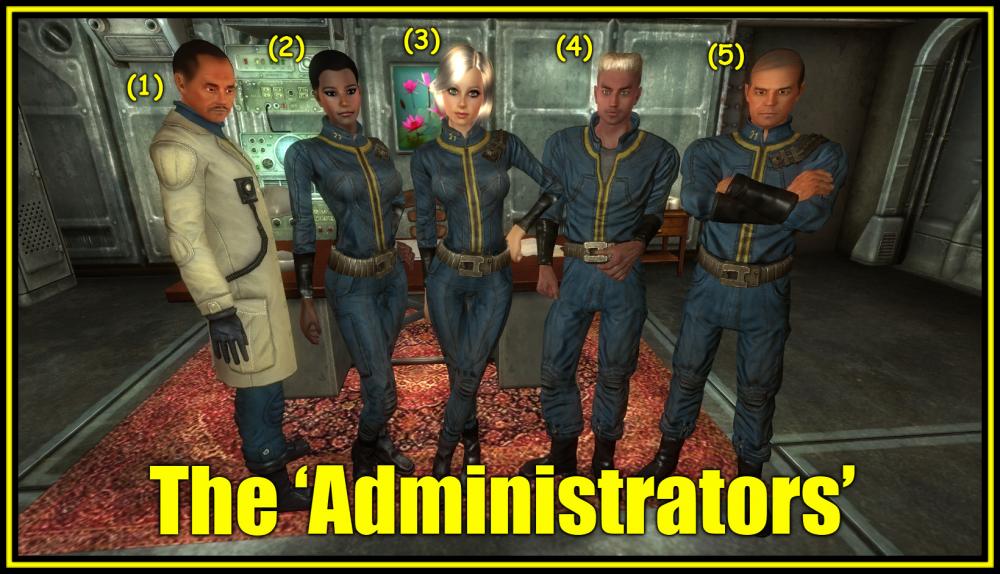 (1) Toshiro Hino
Doctor and chemist, the son of the first doctor in Vault 21.  Toshiro is a descendant of one of the last samurai families in Meji Era Japan.  He is proud of his heritage and has an ancestral set of Dō-maru armor and his family’s katana on display in his quarters.

Plot Hook: It is rumored he has an incestuous relationship with younger sister, Honiko.

(2) Yasmine Clarke
Computer whiz and champion chess player.  Yasmine is one of the oldest in the second generation of Vault 21, and she is also the newest and youngest Administrator.  Being thrust into the situation has been overwhelming for her and frequently she turns to the other Administrators for guidance.

(3) Anne Walker
Social climber and master manipulator.  Anne was an infant when her parents entered the vault in 2077, and while not technically born in Vault 21, she is considered a first generation of vault dweller.  Anne’s singular talent is being able to read people and she uses it to her advantage.  She has a well-earned notorious reputation because of her predatory nature.

Plot Hook: Anne doesn’t seem to be aging at a normal rate and is much older than she appears.

(4) Lance Regan
Survival specialist and leader of the ‘Pioneers'.  Cocky and somewhat arrogant, Lance heads an 8 man squad of trained professionals and their main mission is excursions into the wasteland.  Very few people have left the vault and fewer have returned, but Lance and his men have an excellent success record.

Plot Hook: Lance and his team don't report everything they find in the Mojave.

(5) Alejandro Gandara
Vault 21 Overseer and the oldest and most experienced of the Administrators. Alejandro (or Alex) was a child when the war started and he remembers life before the vault.  Mostly an introvert, the things that bring him out of his shell are quality liquor and a woman’s attention.