So in my scatter-brained manner instead of finishing issue 2 of Fall In: Vault Bimbos in Peril I've resurrected the original series I created years ago instead.
It features the character Silas Caine, a cynical, ruthless wandering lawman who roams the DC Wasteland dispensing Justice. It proved to be popular and had a few dozen fans and a lot of anonymous readers. I enjoy making these strips because they indulge my love of Westerns, especially the work of Sergio Leone.

While there is action and dark humor these comics feature a better crafted story. Fall In will continue to be more of a comedy and I'll leave the darker stuff to Silas Caine..

Instead of posting each page as it's finished I'll merely put up a few teasers and release the whole thing in one go this time. Not only will that allow me to edit and tweak the pages before publishing there will be more surprises for the reader.

Enjoy and thanks for stopping by. 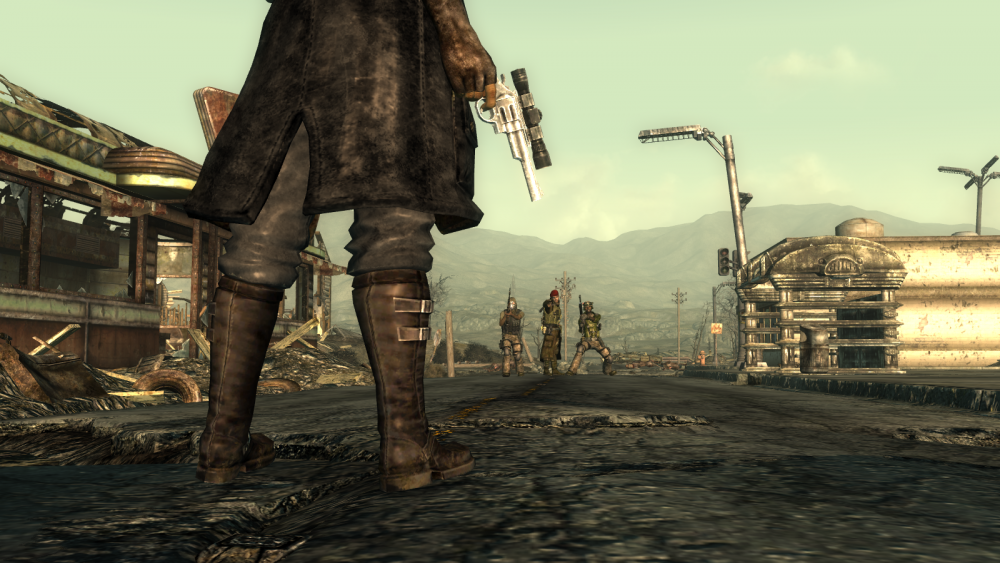