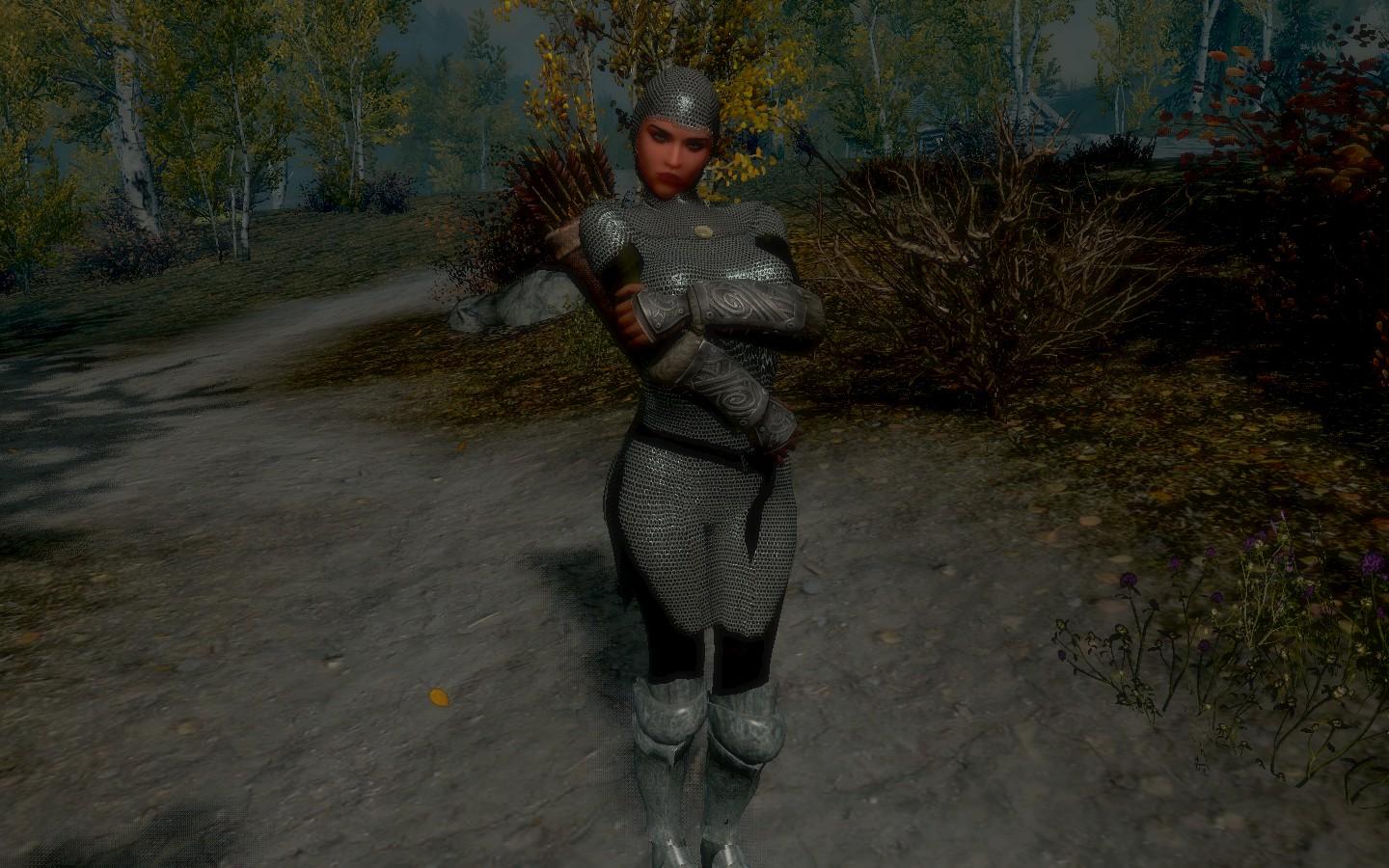 A quick update (although this should probably be a blog post but I'll save that for the pre-release). I'm currently working on Dibella Armor but I'm not ready to show it yet. Dibella Armor will be skimpy or full armor that can be seen through. I'm considering attaching a script to the armor that will increase the defense of a player with the Blessing of Dibella. This isn't set in stone as I'm not sure how to write the script yet. If I do implement this, skimpy armors will have a ton of defense with Dibella's Blessing but have very little without it. And the skimpier the better.

The armor in the image above is a variant of the Wayn Chainmail Armor. Why call it Wayn Chainmail? Beacuse Wayn is the name of a blacksmith in Morrowind. Most of the new armors in this mod will be named after blacksmiths from previous Elder Scrolls games because in the lore of this mod they designed them.

Other ideas that I may add but may not make it into the initial release: