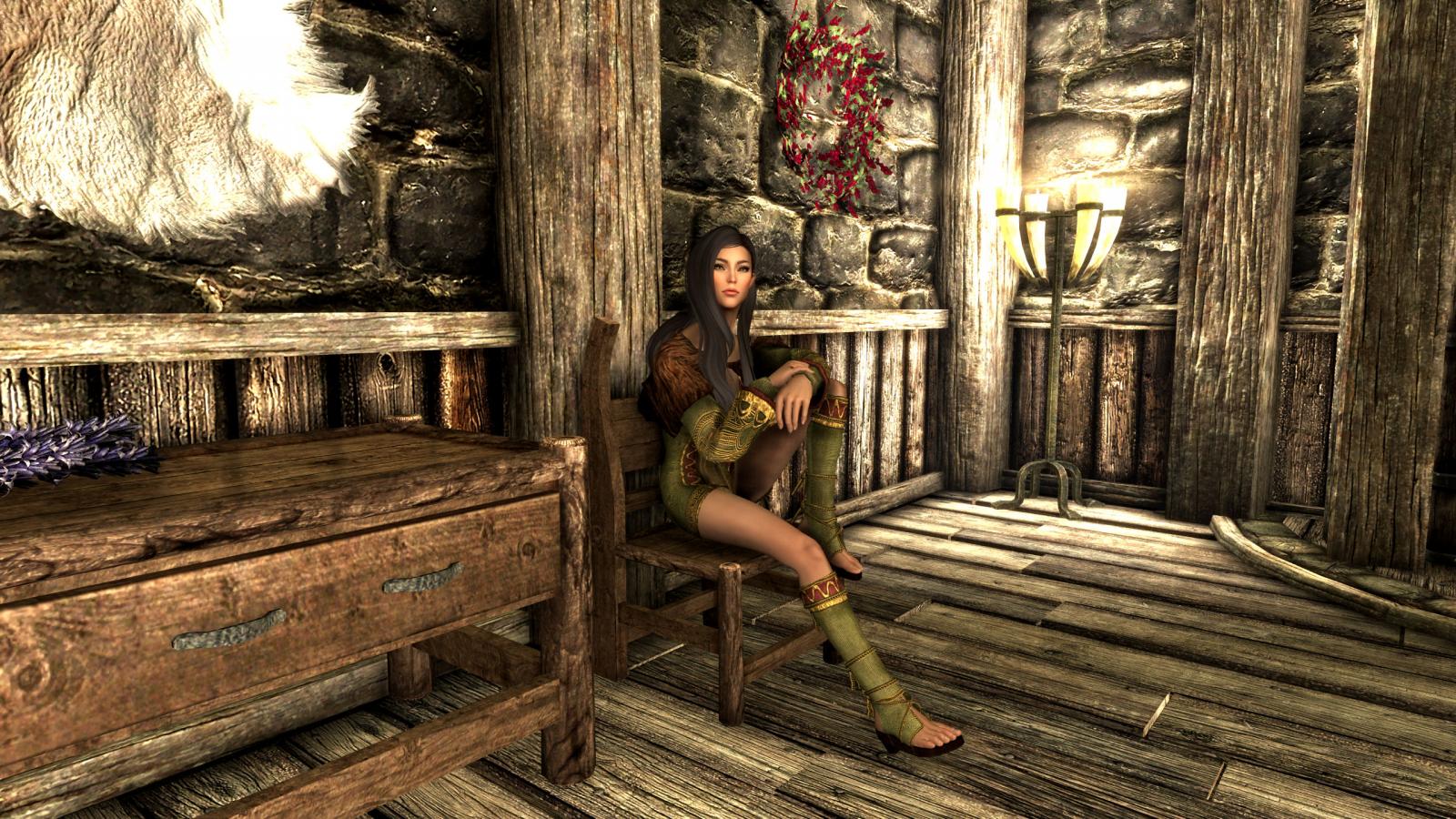 Nivenor: "I'm getting bored. Are you ready YET!?"

Nivenor in my setup. The Bosmer woman that married that idiot Nord guy Bolli for his money. He got dead when half the town turned on my character. Turns out she's rather chatty about life after him and it's all positive.

Sending her to my Ayleid Palace where I'm sure she'll find the surroundings superior to Riften.

I have several mods that allow for various relationships of a sort with pretty much any non-temporary NPC. Same races are easier to befriend so in this play through my Bosmer is making lots of Bosmer friends.

It's really a shame they were so lazy with dialog in general. They have the foundations there but just didn't go the extra bit. But that's how it is...

It's always illuminating to play another game after a Skyrim run. Dialog and NPC interaction is sooo much better in just about anything else.

Photo Information for Nivenor: "I'm getting bored. Are you ready YET!?"