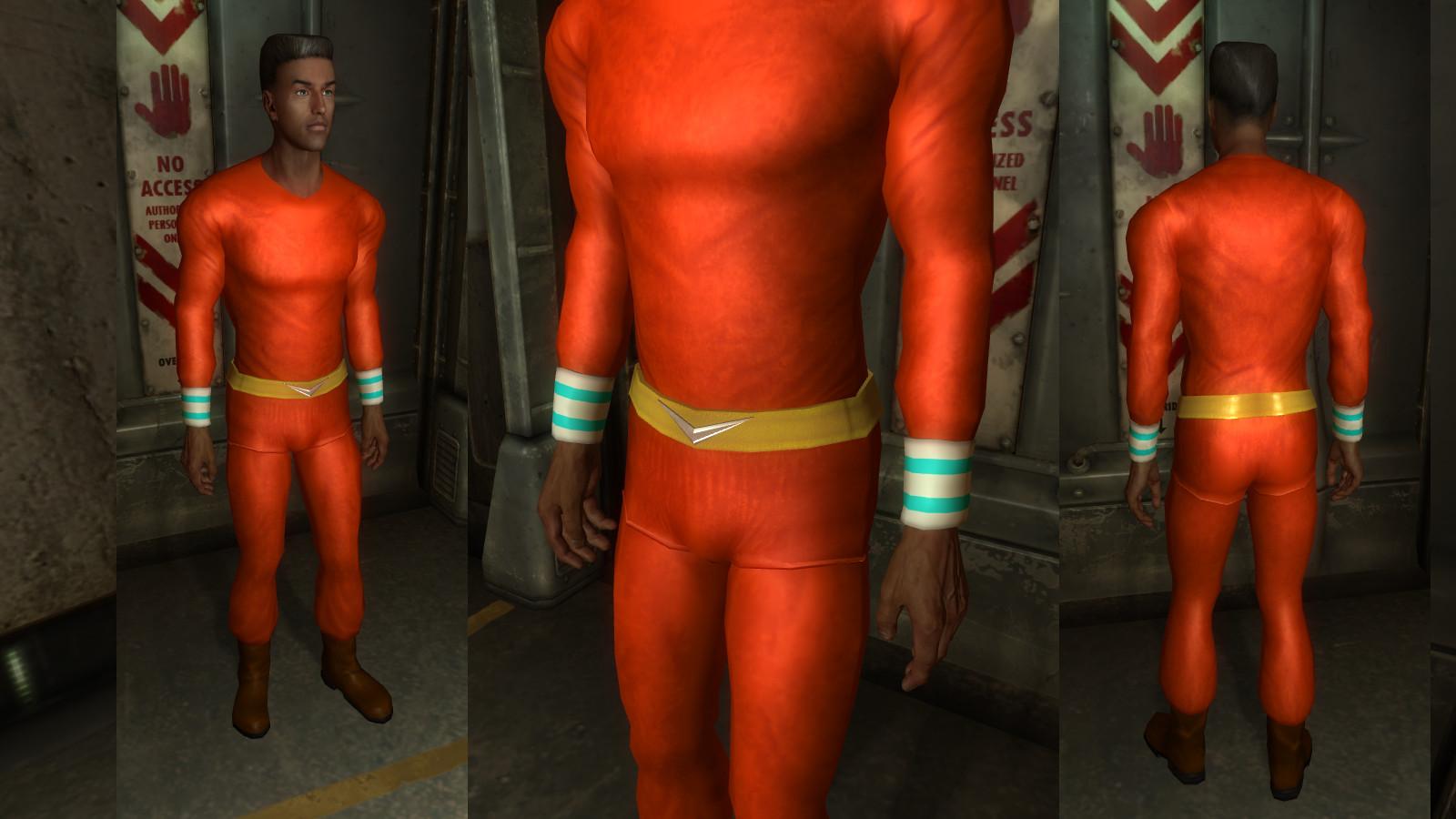 This still needs a lot of work but it's getting there..  Based on the posters from FO3 and NV, NOT the re-imagining from FO4.  It SUPPOSED to look like a crappy 1950's TV costume or something from a Flash Gordon serial.