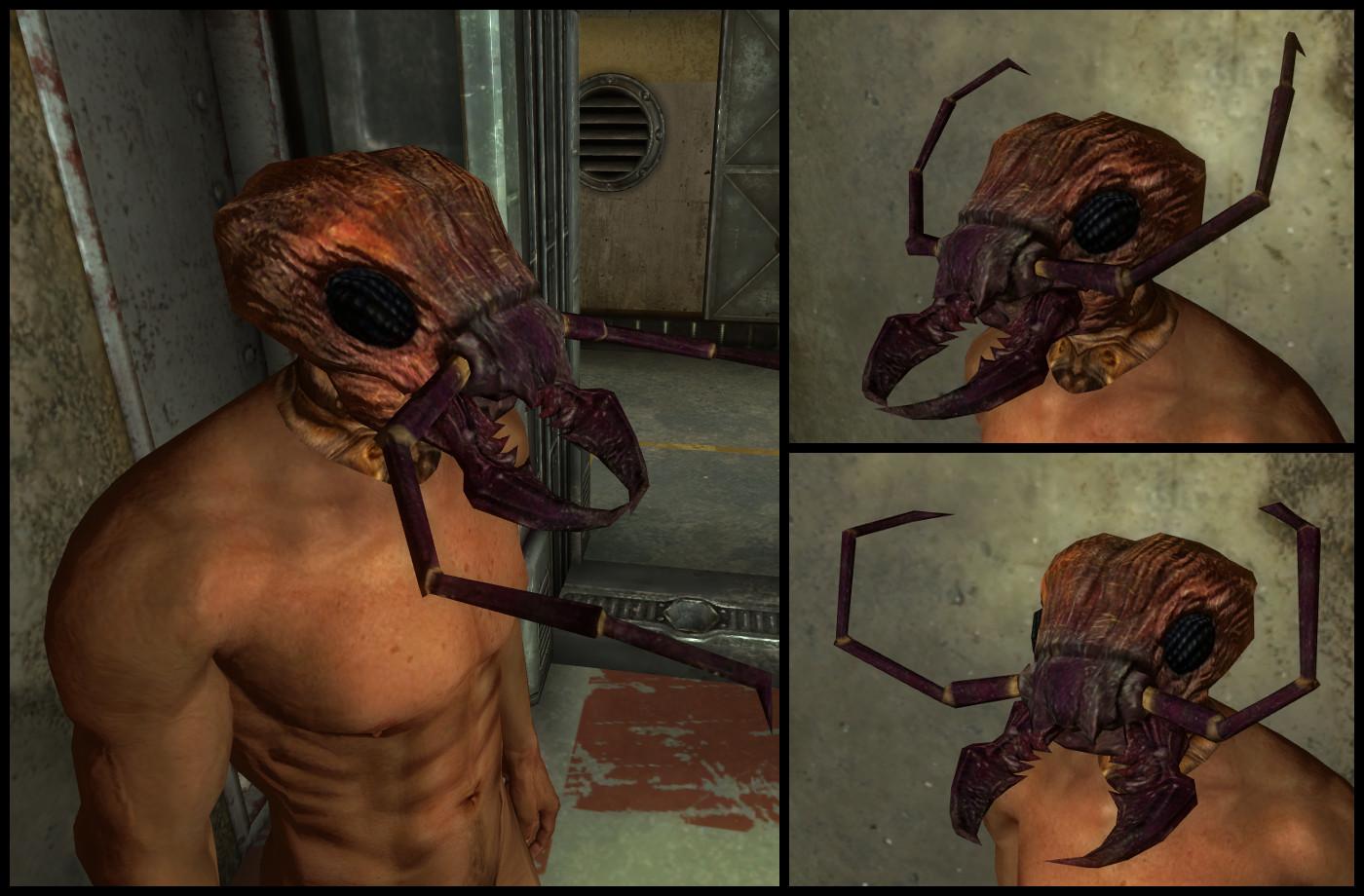 Vanilla giant ant head as masks with different antenna and mandible positions. Nothing great but they will be good for background aliens in a crowd or something.