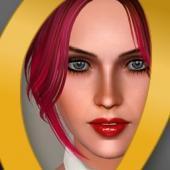 The base for this custom body is the one Electronic Arts created for The Sims Medieval which is more “muscular” compared to The Sims 3. I made several changes including inserting the boobs form Cmar’s naked torso and increased the polycount and shape for the buttocks / legs. 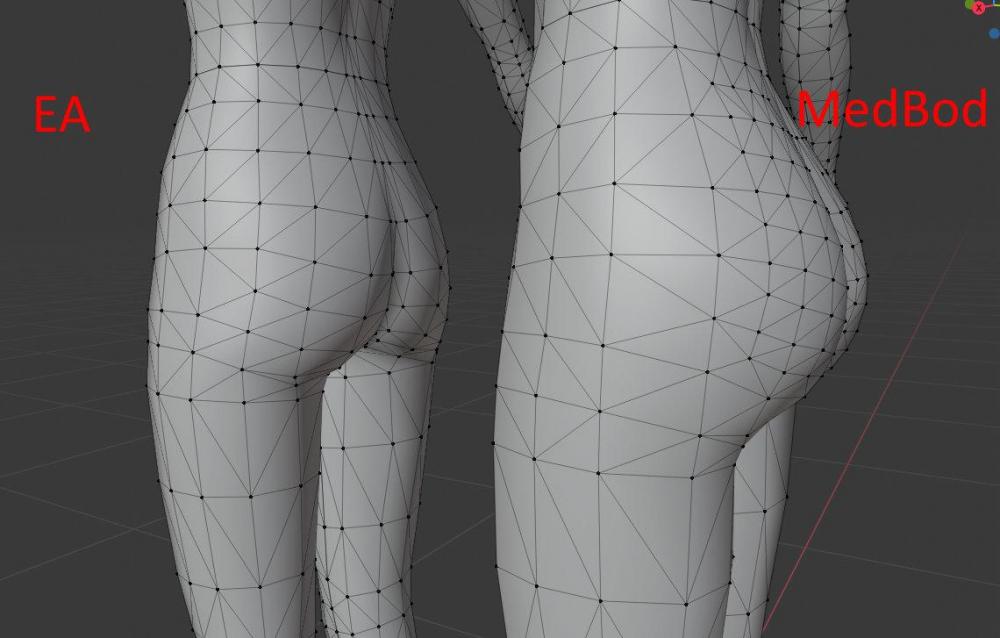 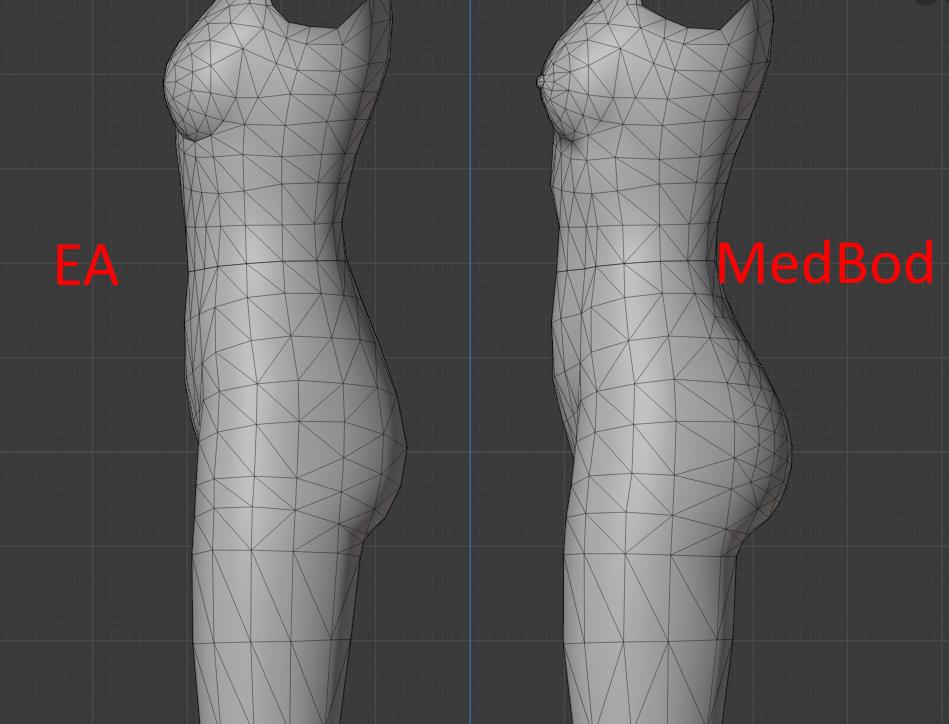 The difference compared with MedBod 1.5 is that I removed double vertices on the bottoms, corrected the normals and smoothed the UV; for the top I made some modification to the neck’s shape to be closer to the default body. Finally both top and bottom have a slightly arched back, this makes for a “curvier” derriere and because of that it will clip on the back of the hip when combined with CC made for version 1.5 also MedBod is not compatible with clothes made by EA and everyone else, some might be wide enough to hide the gap that appears on the hip, you`ll have to experiment. If you take a closer look at some full body outfits released before you’ll notice it already has the arched back, yes this has been on the making for a looooong time. 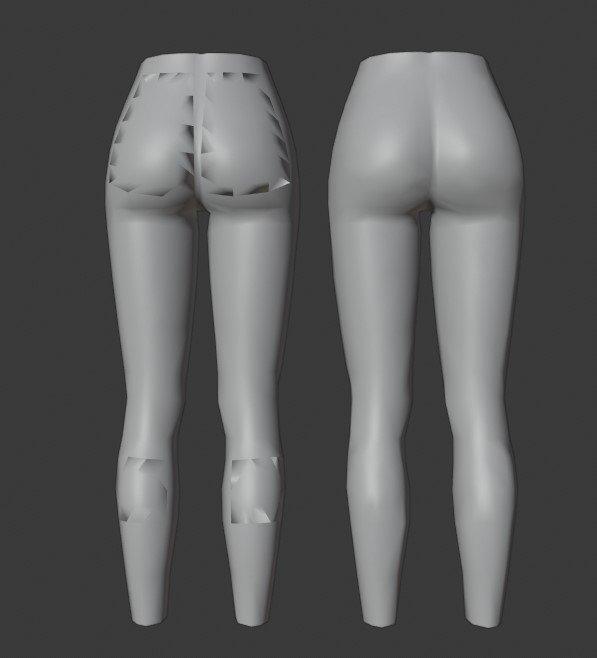 In resume this a “curvy” body for your female sims, it works with original custom and default sliders (except the nipple slider), it’s compatible with shoes and accessories made by EA, other creators and me; it works with default and custom animations but is not exempt of clipping (the extra meat contributes to it). You can also make “slim” sims just be aware completely flat boobs will show some rare shading around.

Another change is that I think I finally succeeded in making a default replacement IF you remove any priorly installed like Cmar’s or GECK.O, otherwise it will conflict and it won’t appear. So to be clear the replacement is for the default naked torso and top that your sim uses when bathing, etc.; the ‘regular version” will appear directly as Top and Bottom in CAS and is intended to be used to reveal your sims naughty bits.

Also, the regular version will replace the naked top and bottoms from MedBod 1.5, just delete 1.5 and clear your cache, the game should automatically load the new meshes.

What about the previously released clothes? I’m in the process or remaking some of them and also making new. Adapting clothes from the game or other creators to MedBod is not that hard, it mostly requires scaling up the back, navel and butt areas and doing the same for every morph. The problems arise when you want to make revealing stuff but at least thanks to Blender 2.8 the whole process is a little bit faster.

What about the male version? Good question. Originally I abandoned porting the male naked body from TSM because the UV map on the shoulders is somewhat different from Sims 3, at the time I was using Milkshape which has archaic tools, maybe using Blender will provide better results but I lack the time so as always you’re absolutely free to take this or any stuff I’d made and modify it to your liking.

If you find any problem let me know.

This is an update for the nude bottoms, long story short: there’s a “bump” on the back between the hips and the buttocks, this is caused because the bone paint is wrong but I let it pass because it was only visible on a few custom animations under some very specific camera angles. When it interfered with garments I just needed to move the mesh out of the way and/or copy the bone paint from EA’s legs into the garment.

These .packages are meant to replace the ones on your game so delete the prior version and copy these on your mod folder. The game will automatically update the meshes, if you want to be double sure delete your ‘WorldCaches’. Naked tops are exactly the same so replacing is not needed.

Thankfully this update doesn’t negatively affect all my previously released stuff for MedBod 1.9: skirts, pants, corsets and alike will work as before (and if it doesn’t let me know!). But if you don’t update you will inevitable find clipping on some of my future CC (some of them will be released before 2021 ends), even if you don’t use OKW  or Passion.